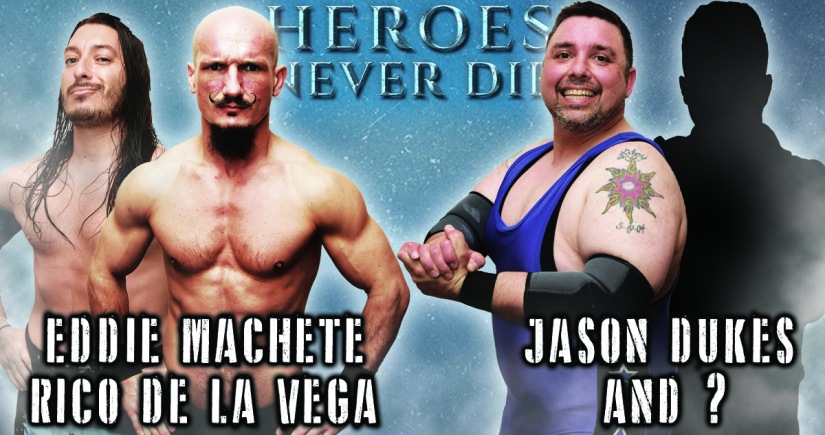 Already announced is The Foleys Vs. The Bomb Shelter, but also taking place is the team of Eddie Machete and Rico De La Vega taking on Jason Dukes and his as of yet unknown partner.

Eddie Machete has been a staple at MKE Wrestling over the last few months and has been very impressive.  He is a student of the Black and Brave Wrestling Academy run by WWE Superstar Seth Rollins.  His partner Rico De La Vega has been making quite a stir in Milwaukee, showing up at ICW’s Insane 8 last Sunday and taking out people left and right.

When MKE Wrestling announced this tournament, long time Milwaukee wrestler Jason Dukes made clear he was going to enter.  We are now 3 days away and are still waiting to hear who his partner will be.  Will we find out before Friday, or will Jason Dukes wait until showtime to announce his partner?  Stay tuned!

View all posts by mkewrestling