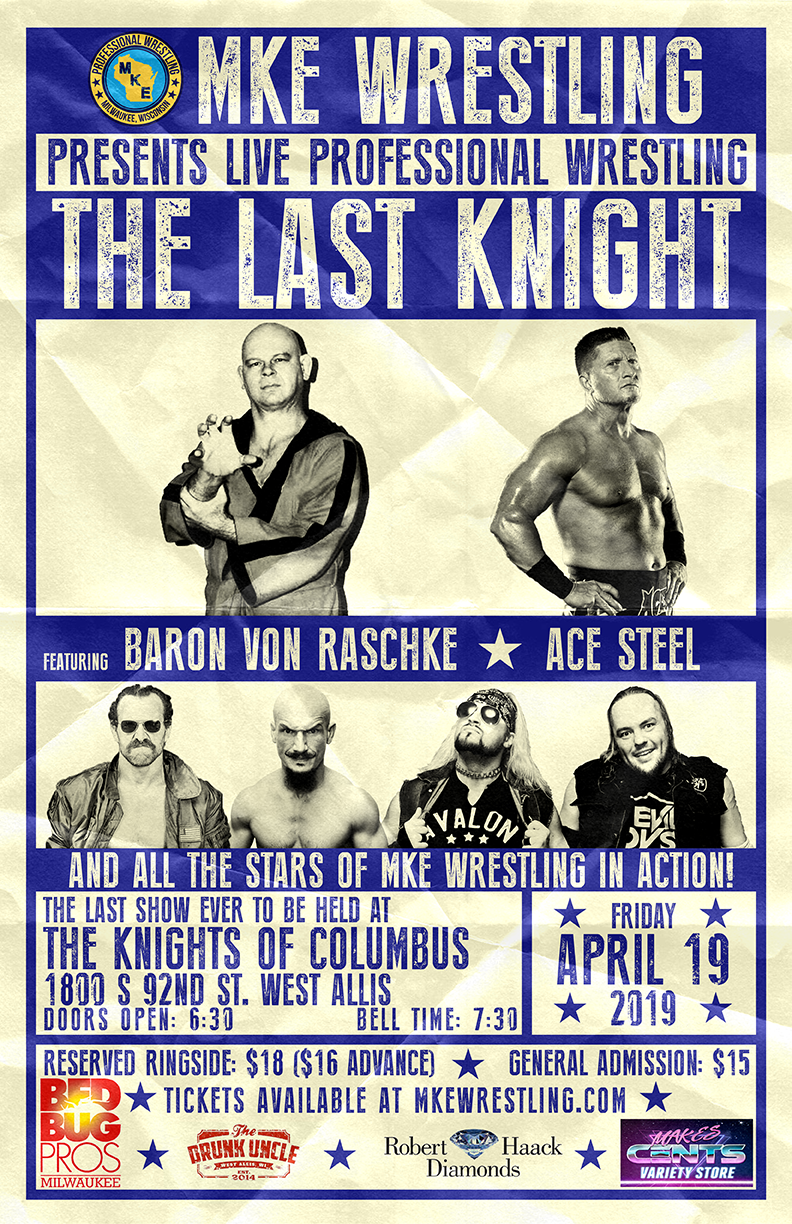 This is the very last professional wrestling event at the legendary Knights of Columbus in West Allis. The building is being torn down after hosting pro wrestling for 25 years.

We are very pleased to announce that none other than Baron Von Raschke will be our special guest for the evening as we celebrate this historic wrestling venue. The Hall of Famer is a former AWA Tag Team Champion with Milwaukee’s own Crusher, he wrestled Bruno Sammartino in Madison Square Garden and tormented his opponents with The Brainclaw over his career spanning 30 years.

Also in action will be Ace Steel! Ace Steel is perhaps best known as the man who trained CM Punk and Colt Cabana. Punk and Cabana made their names performing at the Knights of Columbus in West Allis, so we found it only fitting to bring in the man who helped mold them into the stars they are today.

General Admission seating for MKE Wrestling Presents: The Last Knight! Please give your name at the door and you will be admitted. Doors 6:30 Bell 7:30 Knights of Columbus 1800 S. 92nd St. West Allis, WI Please contact us with any questions.

Reserved front row seating for MKE Wrestling 2K19! Your name will be on will call, please give your name at the door and you will be admitted.

General Admission seating for MKE Wrestling 2K19! Your name will be on will call, please give your name at the door and you will be admitted.

Last week at Back To The Old School, The Players Club defeated the duo of “The Violent Gentleman” Aesop Mitchell and Johnny Swashbuckle.  Aesop was less than thrilled to find out his randomly selected partner was none other than The Pirate as the two bickered throughout the match.

J Cash and TW3 move on to face The Foley Brothers, who sat ringside and almost got involved in this first round match.  There was some serious tension in the ring as Mo Foley & Pitstain stared down their opponents in the Semi Finals.

Live from Knights of Columbus on November 23rd: BLACK FRIDAY, see The Foley Brothers take on The Players Club!  The winner will secure their place in the finals, as we crown our first ever Tag Team Champions on December 28th.

In other action, the Foley Brothers defeated The Bomb Shelter in a long hard fought match to advance.  The Foley Brothers continue to make a name for themselves here in MKE Wrestling and will be a force to be reckoned with.

The Players Club still await to find out who their opponents will be, we could find out as soon as September 21st at Back To The Old School.

The Marman and GQ now know they will be facing the team of Jason Dukes and Dave Soul in the quarter finals.  The team that wins that match will advance to the finals to crown the very first MKE Wrestling Tag Team Champions.

Tonight! This show is looking to be our best one to date, you won’t want to miss this! 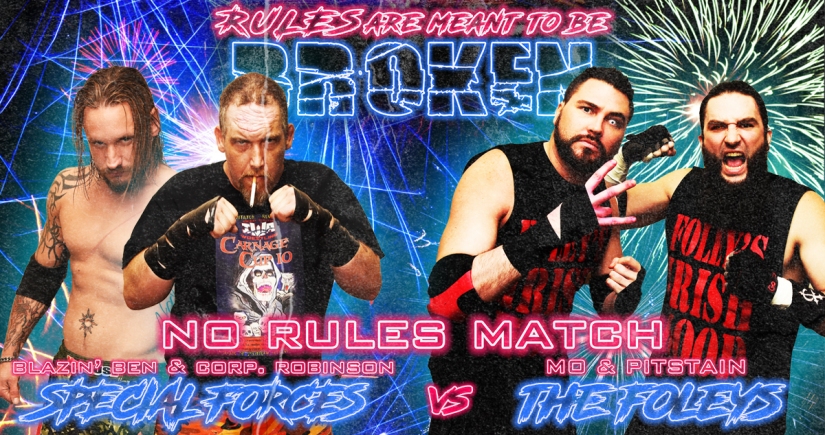 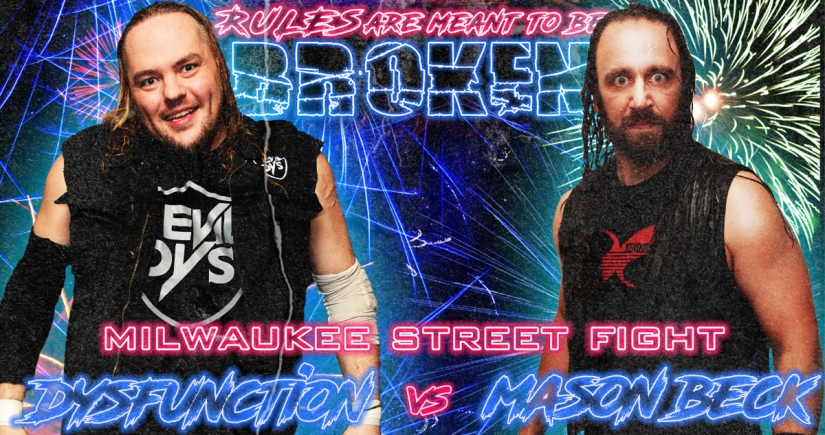 Don’t forget to head over to The Drunk Uncle – The official after bar of MKE Wrestling after the show!  1902 S 68th St, West Allis